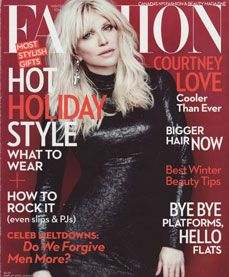 Those who covet full volume, meet the purveyor of the haute-est hair
money can buy. 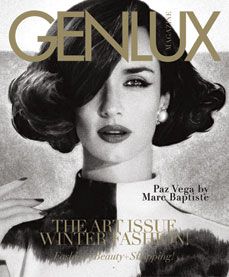 If your hair took a beating this summer, or if you’ve got a big event coming up, consider extensions. 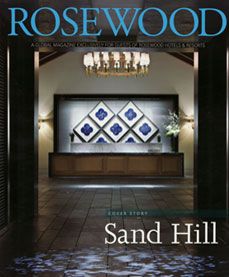 In a world that views lush hair as a symbol of youth and vitality, follicularly-challenged women have a savior in Mahri Martens Tomas. 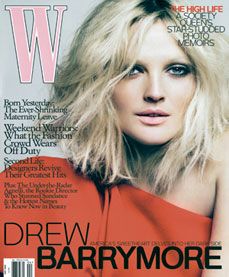 Martens Tomas began tinkering with various adhesives to find a formula that could withstand months of washing and drying and yet would not destroy hair cuticles.

Mahri Martens Tomas says it's not always just vanity calling the shots when women buy hair extensions; 75 percent of them are doing it for medical reasons. For example, "Women after 40 who have thinning hair – often it's related to something medical," says Tomas, 60, who's affiliated with plastic surgery offices both in Denver and Beverly Hills, Calif.

Medical situations that can affect hair loss include skin conditions, alopecia (spot baldness, usually on the scalp) and trichotillomania (people who pull their hair out, and not just from reading this column). She's also created a hair extension or cover-up method for those who have had surgery for a brain tumor, "I can make them something for them to get through the next six months," she says. After that, a plastic surgeon can lessen a scar's appearance.

Tomas started her business in 1990 after a career as an interior designer. Her signature product is called "Microtresses," which are handmade units of European hair, attached to existing hairs that are 3/4-inch from the scalp. She's also created other hair extensions, called Crown tresses and Adornment Tresses, neither of which we have tried.

Crowning Glory – Those who covet full volume, meet the purveyor of the haute-est hair money can buy

It wasn't just the gilded fabrics and sumptuous fur that looked opulent on fall runways: It was the hair. Endless waves at Rochas, expansive '40s styles at Bottega Veneta and Marc by Marc Jacobs, long Daenerys Targaryen plaits at Valentino and Rodarte—big, beautiful, fairy-tale hair is having a moment.

"We always want volume," L.A.-based hair extensions specialist Mahri Martens Tomas says matter-of-factly. "Even with the sleeker styles on the runways, there's a lot of hair there. Braids and ponytails are substantial, because thick hair is what's desirable. In real life, nearly every girl wants more hair." For Martens Tomas, who deals in gorgeous, is-she-really-born-with-it hair (answer: no), fall's big moment is just another day at the office.

Said office is tucked inside the Beverly Hills digs of plastic surgeon Randal Haworth, where Martens Tomas does her hush-hush work augmenting high-profile manes in the entertainment industry. But just as often she's jetting off to somewhere in Europe or an idling yacht with $25,000 worth of the most exquisite hair stashed in a Prada tote. Her own lifelong hair envy, due to what she describes as genetically thin, fragile strands, spurred her to create what she couldn't find on the market: custom, handmade luxury extensions.

For the sparse of lock, it's hard to deny the appeal. Thick, shiny hair is a marker of youth and vitality. It makes a person look healthy, like great skin or white teeth. Extensions can offer an anti-aging boost much like Botox or glossy new veneers. "When an actress or singer is getting toward 40 and competing with the 20-year-olds, whether she's supplementing due to age or styling stress, she doesn't want anyone to know, because she doesn't want to appear older," says Martens Tomas. Behind-the-scenes people all know about it, just not the general public."

That's because well-done extensions fly under the radar like good cosmetic work, while obvious fakes—the type that pair up with thick, square-tipped French manis—give extensions a bad name. "We've all seen the junky jobs out there," says Martens Tomas. "The problem is that there's not a lot of real, high-quality hair on the market, and there are a lot of dirty little secrets." A few of them: Even if you choose real hair, what you're getting is usually mass-produced and highly processed (while most widely available, and the cheapest, is from Asia); the majority of the bonds that adhere extensions to your existing hair are taken off with a solvent—often acetone—that will strip your hair to breaking point over time; and many popular brands certify their "pros" after just a weekend training seminar.

But with increasing demand for a better product, the idea of extensions as status symbol is trending. Balmain (yes, the French fashion house) has a line of high-end extensions that recently reached salons in the U.K. and the States. And oddly enough, extensions have joined the ranks of luxury items that are hawked on the black market (Rolex watches, Louis Vuitton bags). Thefts have been reported from Chicago to Philadelphia to Langley, B.C., with thieves hitting beauty supply stores and stealing up to $250,000 worth of hair at a time.

Martens Tomas's brand of luxury is in a class by itself. For her bespoke creations, she sources the rarest virgin hair from remote villages in northern Finland and Russia, and stores a selection in felt-lined drawers, sorted by color, like Loro Piana cashmere sweaters. Platinum to honey shades nestle in one drawer, auburn to espresso in the next. Since she doesn't dye the hair, a blend of six different shades is often required to give the client a perfect match.

"It has taken years to get to the collectors I use today and I never tell anyone my sources," Martens Tomas says. My assistant doesn't even know." She laboured for years with a chemist over her proprietary thermal bond. "I wanted something non-damaging that would adhere hair to hair," she says of the formula she refuses to patent lest someone discover a way to reproduce it. This commitment to secrecy extends to her clients: Martens Tomas considers herself bound by the same confidentiality clause as a surgeon.

Martens Tomas tells the story of one (unnamed) client, a beautiful blond whose hair was reduced to two-inch tufts in some spots by cheap extensions removed with industrial strength solvent. "Someone passed her my name and she flew me to her husband's yacht in the Atlantic," she says. We ate, drank fine wine and cruised the coast, and the next day I gave her a mane of 44-inch, smooth-as-glass platinum from the Ukraine. Show-stopper hair." Of course, not everyone wants to look that dramatic, so Martens Tomas always customizes her work according to lifestyle: "If you're a wash-and-wear type who likes pulling your hair into a pony, I make sure the look is all-natural."

The price for such head-turning results: $10,000 and up. Clients pay $5,000 for the first ounce of hair and $4,000 per ounce thereafter, and most require at least two ounces. With quarterly maintenance, the average annual tab rings in between $50,000 and $75,000—enough to buy a new Jag every year. Martens Tomas customized clip-ins, designed to help you change your style "like you would your dress or shoes," are slightly more affordable.

"Having great hair is addictive," she says. Her own mane, embellished with $17,000 worth of buoyant chestnut waves, acts as a calling card. It also helps her pass for far younger than her 63 years, which is what many of her clients are paying for—a subtle rewinding of the clock. "I call my extensions Microtresses® because they're so small. You could be standing next to your sister, and she wouldn't know."

Back in the 1980s, long before Paris Hilton and Ken Paves became household names for hair extensions, Mahri Martens Tomas was a frustrated client looking for a solution to her own thin-hair nightmare. She went from Beverly Hills stylists to hair shows across the country, spending thousands and damaging her crowning glory with bonding and other procedures. Finally she resolved to build a better mane on her herself, and along with it a beauty business geared toward saving the tresses of other women at their wit's end. Martens Tomas went on to develop high-end hair extension procedures and hair care products, applied exclusively on-location and in plastic surgery offices in Beverly Hills and Denver.

Martens Tomas says by definition, bonding is the adherence of two surfaces together, for example, your real hair and strands or sections of real or artificial hair. She says many professionals in the beauty industry have developed a loose term for the procedure, however, so what you (or your stylist) may be calling "bonding" could in fact be considered "gluing" or something else entirely. Ideally, as in the case of her practice, a thermal bond is used, which allows five to 20 seconds of cure time to form pieces as necessary.

According to Martens Tomas, it's not necessarily the bonding process that wreaks havoc on the hair so much as what's involved in the wear and removal of hair pieces. The best way to see if your bonding procedure will destroy your 'do is a test run. Even if you have to pay for it, have the stylist apply a small section or two that you can wear for a few weeks and then remove. This extra step will be priceless when determining whether a particular bonding process will be comfortable and non-damaging.

Some manufacturers use solvents so harsh, they destroy the hair to remove the bonding agents. Frankly ask your stylist about your particular brand's removal process before you commit to a full procedure. Martens Tomas recommends bringing a bottle of acetone in your purse on removal day and using some of it to dissolve the bonding adhesive before using the manufacturer's solvent. If acetone is ineffective, you're dealing with dynamite. Although her system entails a gentle oil removal process, she once brandished scissors to save a client who went as far as paint thinner in an unsuccessful attempt to take out a bad bonding job!

Application and After Care

Martens Tomas agrees with the old adage when it comes to beauty -- you get what you pay for. Search for a stylist within your budget with an exceptional attention to detail. A meticulous bonding application ensures minimal damage. Another good example is in styling products, she explains. A low-cost hairspray may be made with lacquer, which could crack the hair shaft instead of controlling it. On the other hand, a pricier brand will likely have resin instead of lacquer, to stiffen the hair without being brittle. Pay attention to ingredients, where you cut corners now may cost you in the long run.

Long hair is a wish granted to the faithful clients of Denver's Martens Tomas, founded by Mahri Martens Tomas. "She is a gifted, meticulous clinician," affirms client Carol, who receives the same luxury treatment as Mahri's Beverly Hills clients. Martens Tomas flourished when Mahri created a technique to fulfill her own dreams for luscious hair.

The path to transformation involves unique processes to give clients an entirely customized experience with this medical approach to hair extensions. Because Mahri majored in Mathematics at the University of Colorado and has experience in modeling and interior design, she offers a scientific perspective to glamorous hair solutions. Many clients suffer from Trichotillomania, Loose Anagen Syndrome or Alopecia Areata, illnesses that cause hair loss. Martens Tomas allows for a smooth transition while in recovery, masking the effects with beautiful tresses.

The Microtresses® are comprised of premium European hair individually selected by the client and attached without painful knots or sewing. For example, clients are able to customize tresses so that of 20 to 40 hairs in a piece, five can be auburn, seven dark brown and the rest light brown. Mahri collaborated with a chemist to create a thermal bonding system. The tresses attach with heat and reset easily as the clients' hair grows. 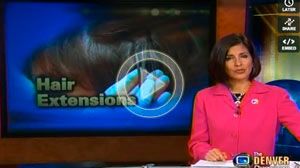 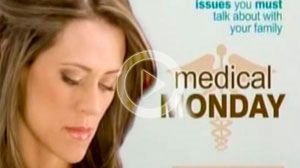